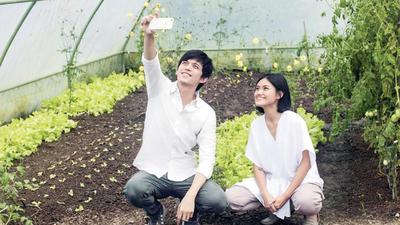 Lockdown measures in Southeast Asia have disrupted the supply of food from farms to cities and towns, with public transportation suspended and trading outlets shuttered. This situation has prompted urban residents to seek alternatives. One of the most popular options is to buy directly from farmers via e-commerce sites and social media. Meanwhile, others residents have started to grow their own vegetables at home.

Risks of wildlife trade under spotlight

Love and light in a ‘happiness’ farm

Puerto Princesa City—I went all the way to Palawan just to renew my passport. Anyone who had a hard time getting a passport here in Manila would probably understand why I had to resort to this. The extra expense and the inconvenience annoyed me. That was my initial reaction. But I refused to let this inconvenience control my mood. So, instead of whining about this “injustice,” I reframed my mindset, and transformed this “enforced” vacation into an opportunity to visit Bahay Kalipay.
Business Mirror • 14th March 2018

A permaculture garden is not just about organic farming

PUERTO PRINCESA CITY—Since March is Women’s Month, I thought it would be fitting to feature Filipinas who are promoting sustainable farming and dining.  For this week, I interviewed Sarah Queblatin, founder of Green Releaf Initiative, a nongovernmental organization (NGO) that uses holistic systems like permaculture and ecovillage design to help local communities that are in transition.
Business Mirror • 31st January 2018

In search of diet and climate-friendly rice

Back when I was busy pounding the agri-commodities beat, one of the things that I obsessively monitored was the National Food Authority’s (NFA) rice inventory. This is not a “sexy” topic for any business reporter. Why bother with rice stocks, when it’s more exciting to cover, say, a corporate takeover that can shock and awe the stock market? 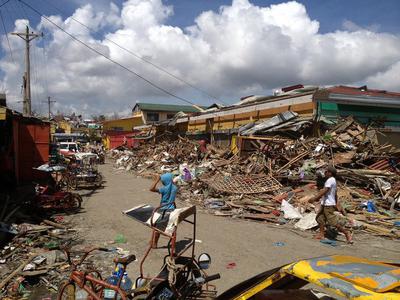 How do you rebuild towns and cities that were nearly obliterated by one of the most powerful typhoons ever seen?In November 2013, Super Typhoon Haiyan hit the Philippines, killing more than 6,000 people, displacing millions of others and destroying an estimated US$1 billion worth of property and crops with its winds of over 350 kilometres per hour.
Newsbreak • 8th September 2008

This article was originally published as part of "The Big Dig: Mining Rush Rakes up Tons of Conflict," a Newsbreak special issue on the mining industry, published in 2008.
PCIJ • 27th November 2007

SO WE may not be as avid seafood-eaters as the Okinawans. But we live in an archipelago bordered by the South China and Celebes seas and the Pacific Ocean, after all, so seafood is part and parcel of our daily lives.
PCIJ • 4th April 2006

Bird smuggling is not the only problem confronting the National Avian Influenza Task Force (NAITF) formed by the health and agriculture departments in April 2005. There’s also the problem of convincing duck raisers to stop grazing their fowl in wetland areas frequented by migratory birds.
PCIJ • 3rd April 2006

THE USUALLY frenzied Recto district in downtown Manila slows down on Sundays, as schools and most shops take a day off. At the Arranque market, however, Sunday is as busy as any other day of the week. Home to numerous pet shops, Arranque is astir seven days a week as buyers and sellers haggle amid cages containing yelping puppies, hamsters running inside their plastic play wheels, and parrots cloaked in a rainbow of feathers that seem as soft as felt.
Close ✕